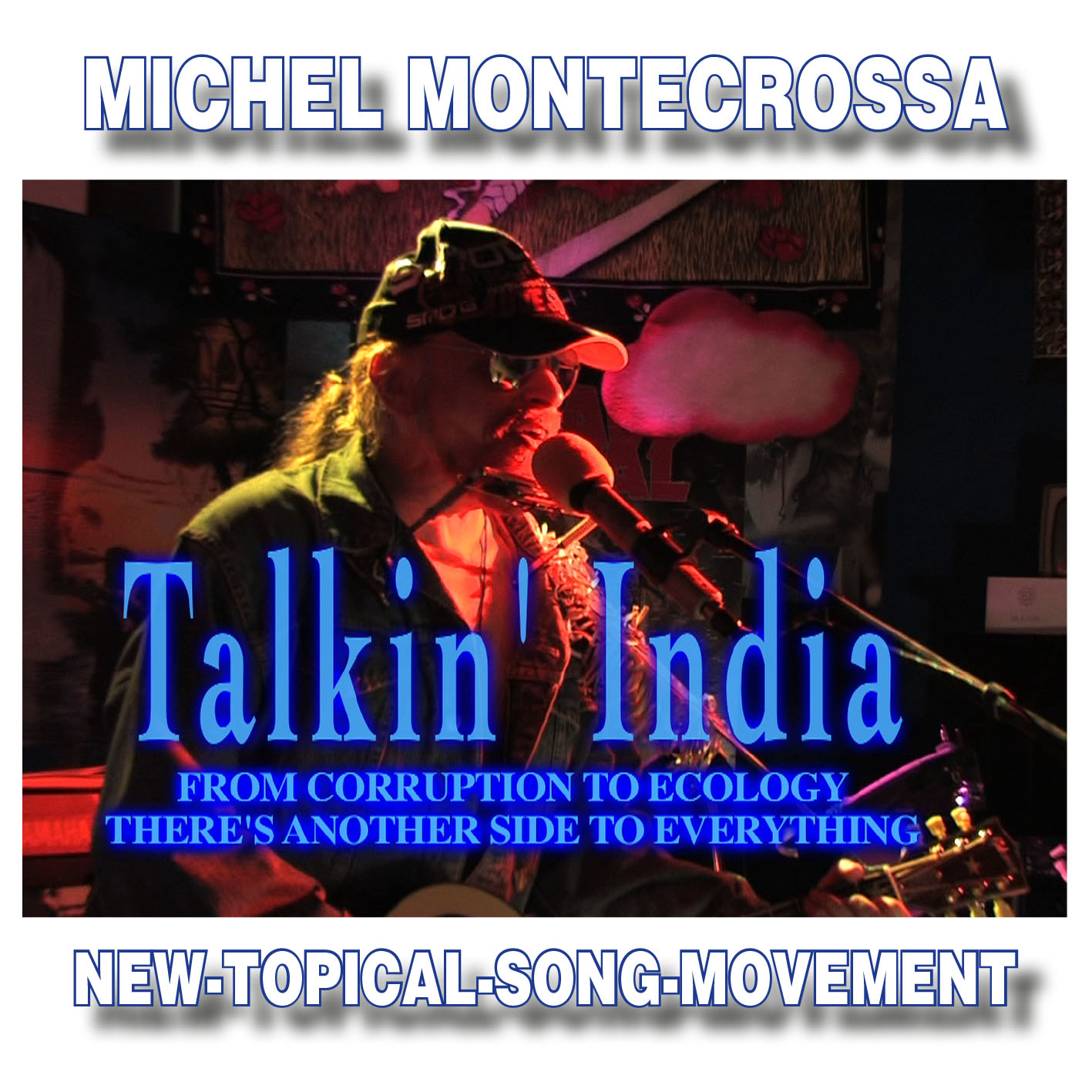 ‘Talkin’ India’ (From Corruption To Ecology There’s Another Side To Everything) Michel Montecrossa’s New-Topical-Song-Movement Audio Single and DVD released by Mira Sound Germany is dedicated to the Future of India and the world.

Michel Montecrossa says about ‘Talkin’ India’:
“Talkin’ India is a warning and hope giving New-Topical-Song in times of global change and crisis when we have to think and plan for the whole earth and the future of its people.
India in this time has, due to its largeness, free access to an enormous amount of sun, wind, water, earth and tidal energy.
India therefore can be the first comprehensive green technology and green economy continent of the world.
India could build its future society on pollution free and renewable energy, and provide for its people and the world at large immediately effective research into and realization of the only long term solution for secure food and energy production not threatened by otherwise inevitable food and energy wars approaching the earth in the near future.
India on such a sound and future oriented ecological and economical basis would then be fit to avert from its democracy the dangers of growing corruption and loss of universal rights generated by wars and conflicts centered around dwindling oil, gas, uranium and other resources, as well as social tensions in the wake of climate change and the growing natural disasters it brings.
Talkin’ India says: It’s high time for action!”