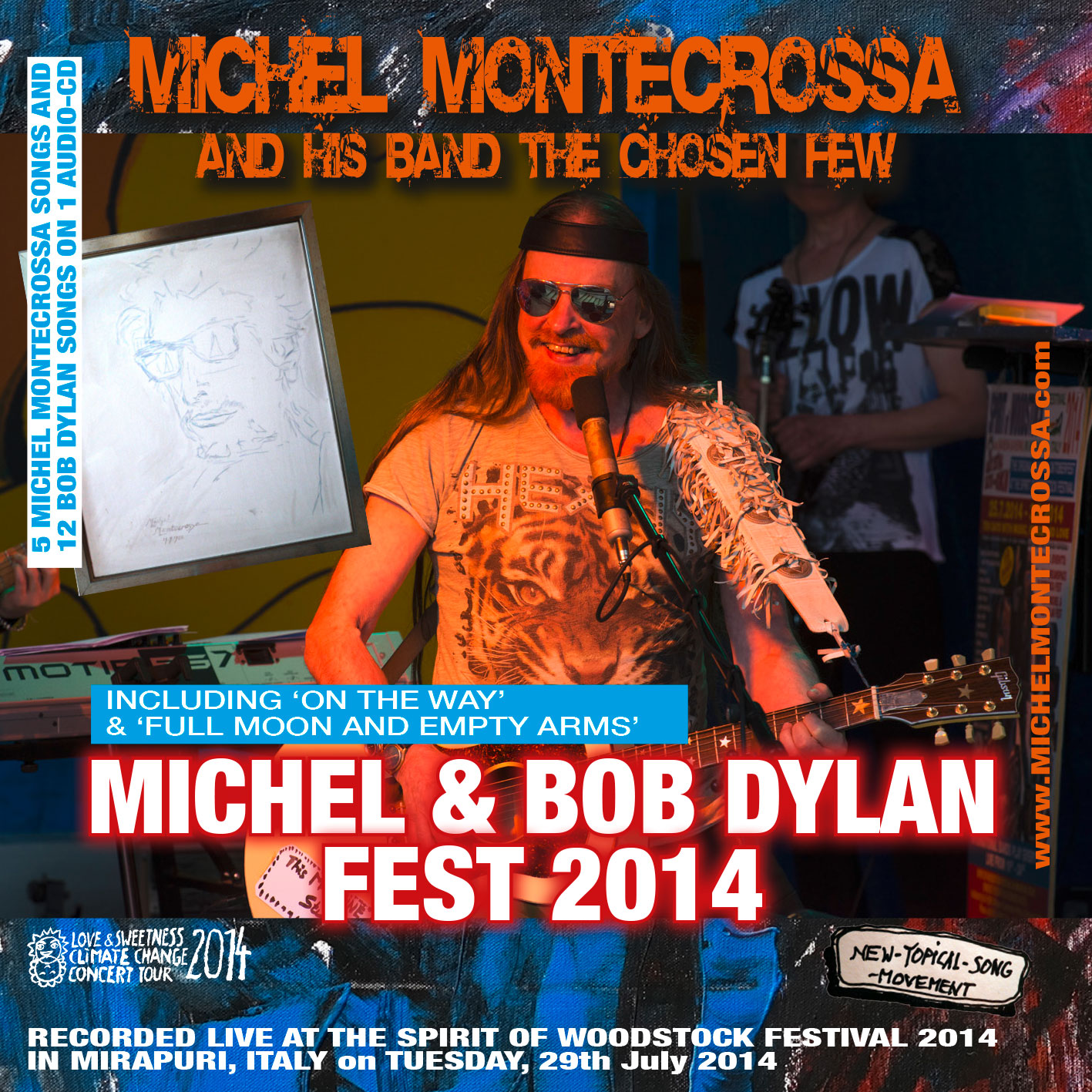 Michel Montecrossa says about his Michel & Bob Dylan Fest 2014:
“Enjoy the great harmony of the Spirit of Music in this collection of warm-blooded and heartfelt songs. They will give you peace in today’s uprooted and tormented world.”

The Michel & Bob Dylan Fest 2014 is available on Audio-CD, DVD and as Downloads from: www.Mirapuri-Shop.de
More about Michel Montecrossa sings Bob Dylan: www.Michel-BobDylan.com