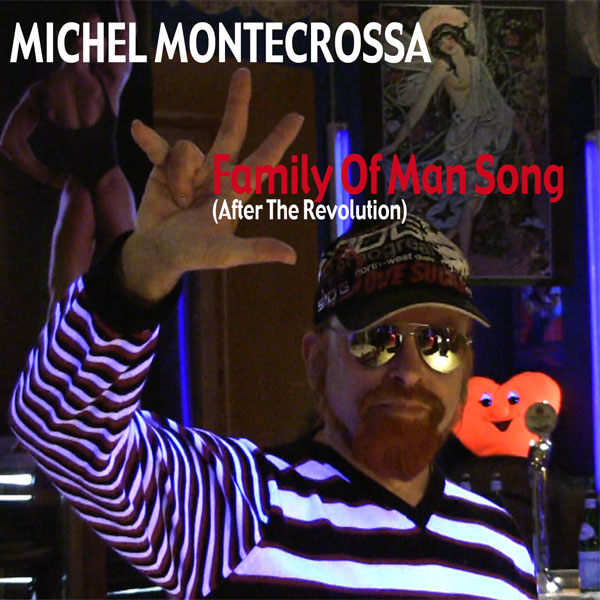 ‘Family Of Man Song‘, released by Mira Sound Germany, is Michel Montecrossa’s New-Topical-Song for the time after the revolution.

Michel Montecrossa says about his ‘Family Of Man Song’:
“Will better understanding come?
Will all go beyond national limits and see the greater unity, the Family of Man?
Will the new perspective be the greater perspective that looks forward to the coming of the United States of Planet Earth as the new home for the Family of Man?
Wouldn’t it be a good planet for good work, rent and prices, wages, schools, love, marriage, keeping house or doctor bills, for doing what’s right, for freedom of speech, press, internet, radio, TV, and of getting together?
This song is for the Family of Man and its future.”