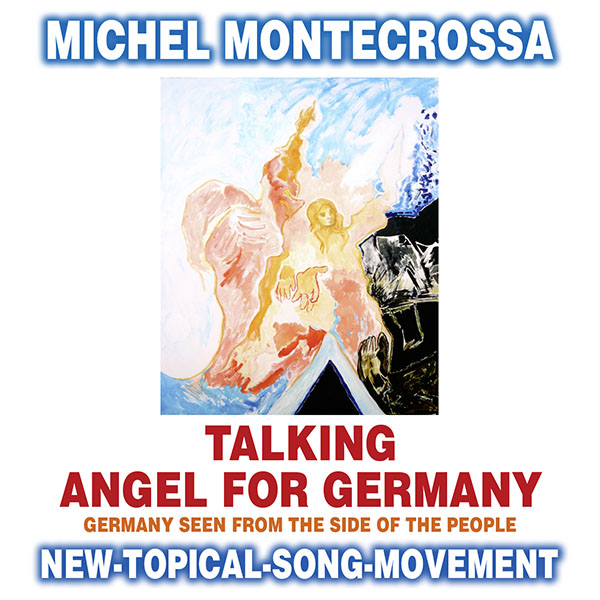 Michel Montecrossa says about ‘Talking Angel For Germany’:
“I sing you my New-Topical-Song ‘Talking Angel For Germany’ at the time when in Germany the gap between ruthlessly corrupt politos and the people on the way into poverty is widening. The people in Germany, as everywhere in the world, don’t need a war industry based economy favouring the thirty most dangerous rich. The people need Peace, Right Action for Fair Wages and Human Unity.”