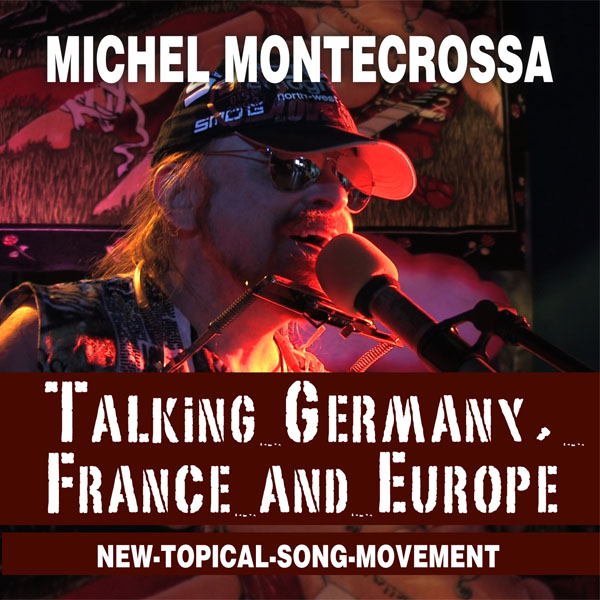 ‘Talking Germany, France and Europe‘ released by Mira Sound Germany on Audio Single and DVD, is Michel Montecrossa’s New-Topical-Song about Eurozone default, Robin Hood time and change of power from politos to bankas.

Michel Montecrossa says about ‘Talking Germany, France and Europe’:
“The politos have lost the power to the bankas who now rip off every vulnerable nation. The politos are meant to help us, the people, and that’s why I tell every leader: It’s Robin Hood time!
The worldwide banka speculator crusade taking away the holy AAA grail from every surviving nation must be stopped.”