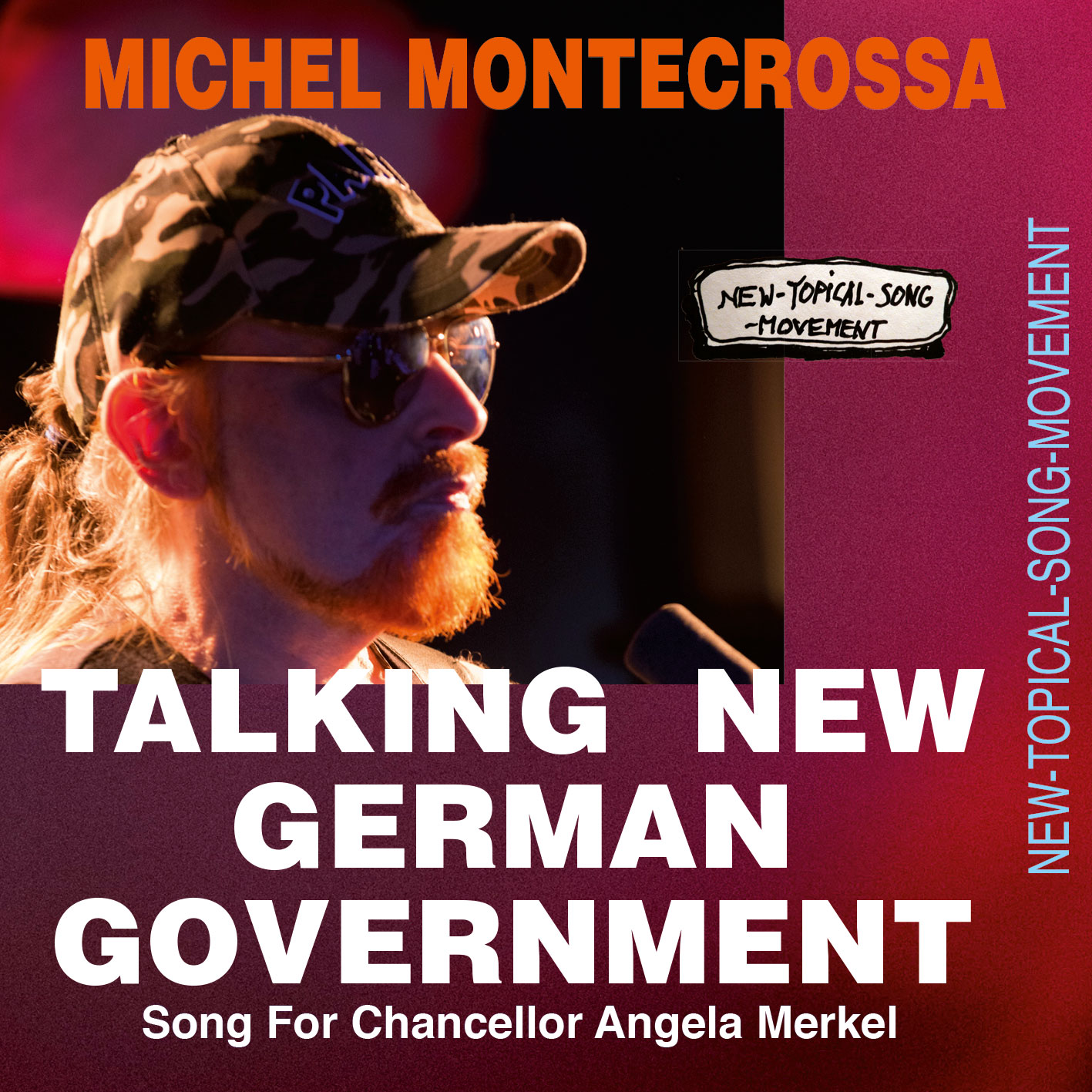 ‘Talking New German Government’, is Michel Montecrossa’s New-Topical-Song, released by Mira Sound Germany on Audio Single and DVD apropos the Future of Germany. It is a strong statement by Michel Montecrossa about what Germany could do and be in the world of today and tomorrow. His song is a reality reflection coming straight to the point of what German people are worried about, touching the hot spots of a two-class society, loss of savings, high living cost, war industry, substandard wages, education, future of the young and existential fears. Michel Montecrossa looks at all these burning questions and shows the solution in a vast and liberal way.