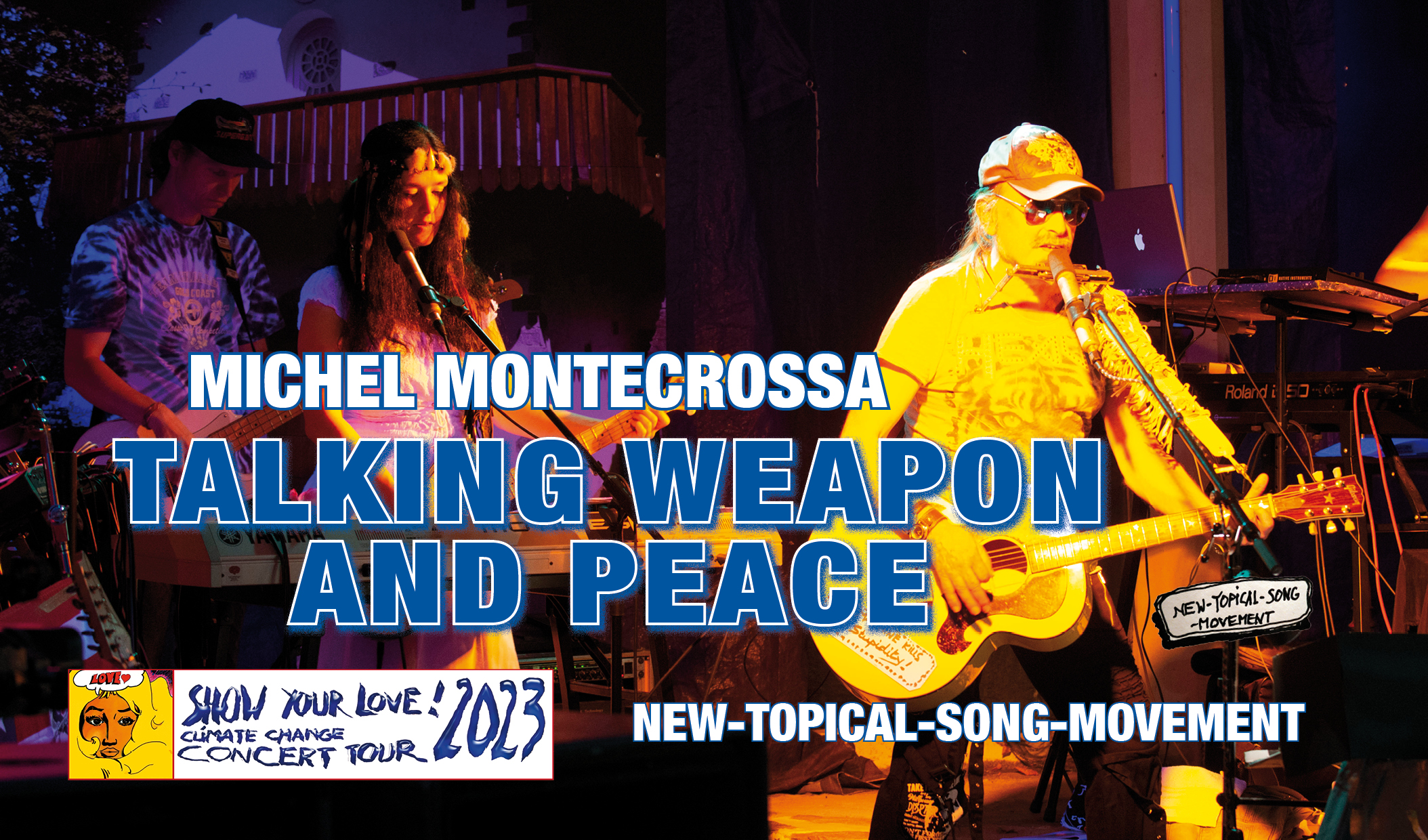 ‘Talking Weapons And Peace’, released by Mira Sound Germany on Audio-CD, DVD and as Download, is Michel Montecrossa’s New-Topical-Song apropos Russia-Ukraine War and Boris Pistorius dedicated to the victims of the bloody Russia-Ukraine War.
‘Talking Weapons And Peace’ is a profound statement of insight into the complex interdependence of weapons and peace in a world of ideologies and intolerance.
Michel Montecrossa in his New-Topical-Song ‘Talking Weapons And Peace’ sees the painful need for armies and weapons as a bitter last minute cure for the illness of deadly fanaticism that is leading to catastrophes like the Russia-Ukraine War.
But much more than counting on weapons Michel Montecrossa looks beyond the immediate violence and narrow-mindedness of dehumanization to the evolution of strong human unity ethics and true peace diplomacy as the effective long-term answer that can prevent self-radicalization from becoming so obsessive that only war and violence seem to remain as remedy.

Michel Montecrossa says:
“My New-Topical-Song ‘Talking Weapons And Peace’ apropos Russia-Ukraine War and Boris Pistorius. In the world of today ideologies can’t be killed. They can only be changed for the better by strong human unity ethics and true peace diplomacy convincingly backed by strong armies.”