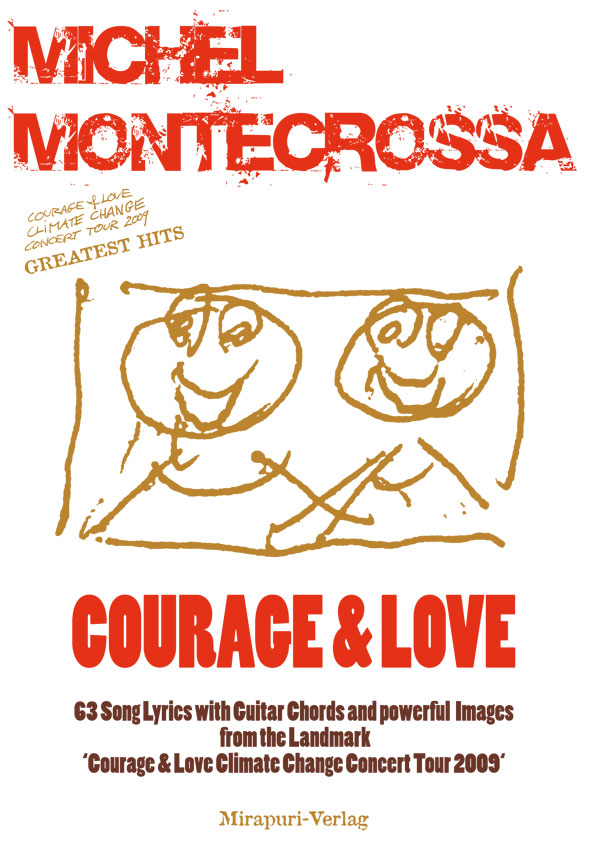 Michel Montecrossa says:
“A song can be the conscience of the world. It can be the voice that rights what went wrong. Such a song is a true topical song. It is a song stirring emotions. It is the song remembered by generations. It is the song telling the story that moves others to think. Such a song comes from the future and is as old as man’s time on earth. It is a broadside from the depth of a voice stirred by love, going beyond all anger, sorrow, disgust and contempt. It sings ‘Courage & Love’ in the streets and on data-highways. It is the song open to the vision that replaces law by freedom.”

‘Courage & Love’ is an epic master piece of song writing by Michel Montecrossa, one of the 21st century’s greatest musician-artist.