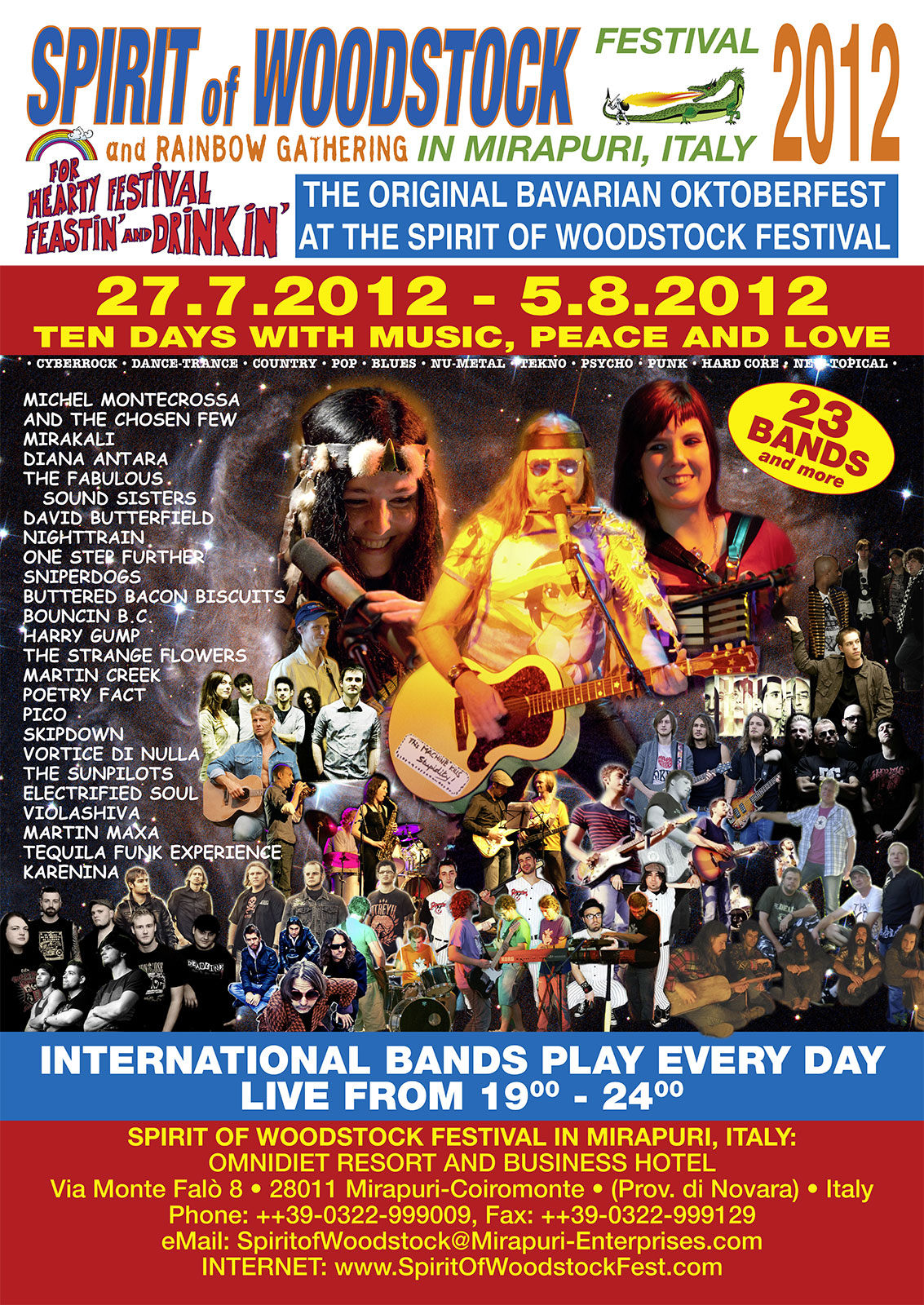 Michel Montecrossa and his band The Chosen Few (Michel Montecrossa, Mirakali, Diana Antara, Mirachandra, Artis Aldschalis, David Butterfield) during ten days and nights are performing twenty concerts at the Spirit of Woodstock Festival 2012 in Mirapuri, Italy, from Friday July 27th till Sunday, August 5th 2012.
Michel Montecrossa and The Chosen Few will present more than 160 brandnew songs from their ongoing New-Topical-Song and Cyberrock concert tour including the Festival title song ‘The Days of Love & Unity’, Cyberrocker songs like ‘Rescue Mission’, ‘Eyes Cascading Over Your Skin’, Country Hits like ‘No Fear! You Are Free!’, great Love Songs like ‘You Are My Girl – You Are The One’, profound New-Topical Songs like ‘In All There Is One Meaning’ and ultimate Dancedrive like ‘The Story Of That Girl’.
Michel Montecrossa’s annual Michel & Bob Dylan Fest will also be part of the Spirit of Woodstock Festival with two concerts on Monday, July 30th and Thursday, August 2nd 2012.
Michel Montecrossa and his band The Chosen Few play along with international guest bands creating together with them the stimulating and happy flair of the most important festival of the free music revolution.