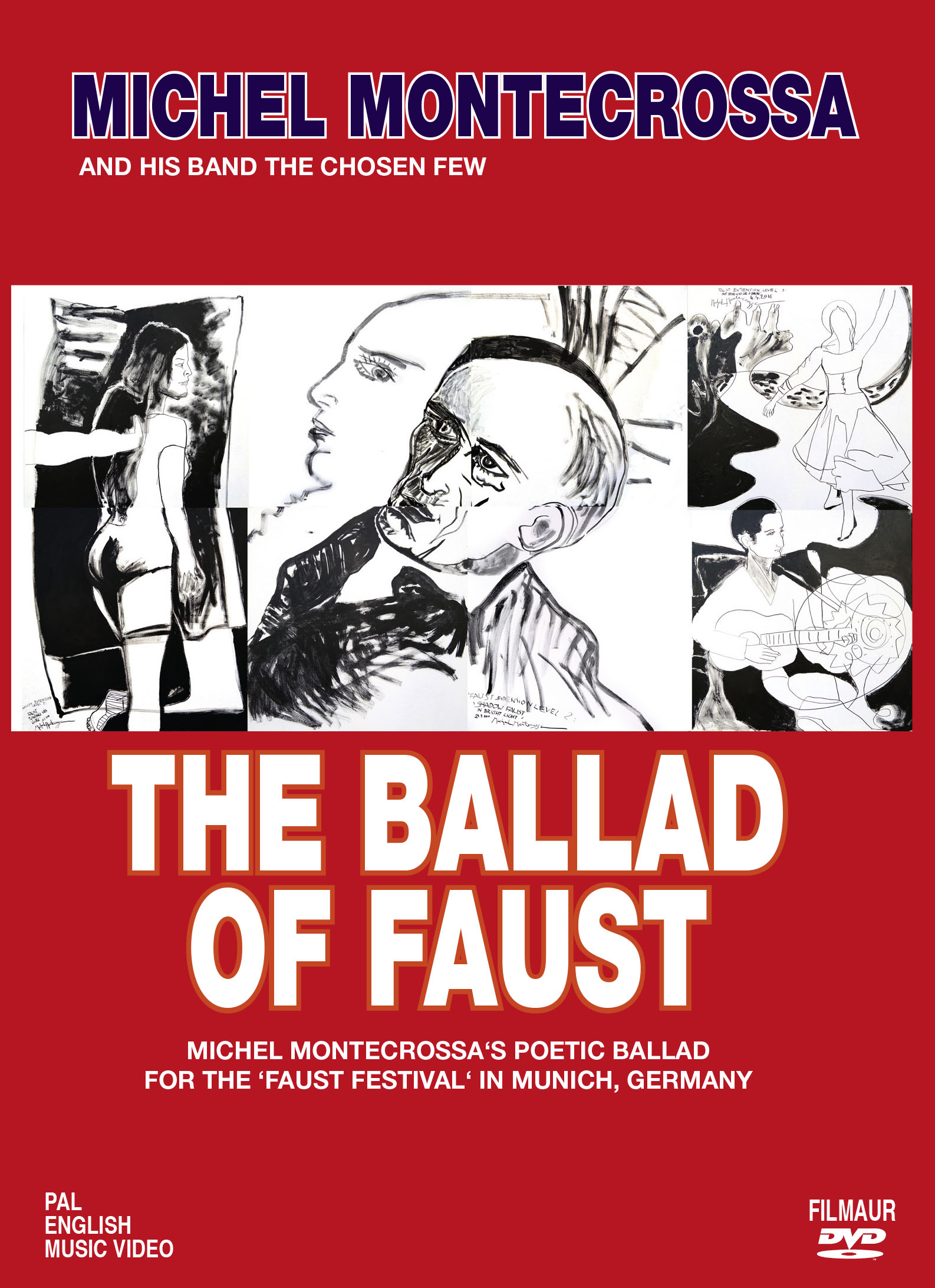 Michel Montecrossa’s Poetic Song ‘The Ballad Of Faust’, released by Mira Sound Germany on Audio-CD, DVD and as Download, was created for the ‘Faust Festival’ in Munich, Germany.
Michel Montecrossa in the music video for this song unifies his performance as great Singer-Songwriter with his genius as Painter and his skill as Movie-Artist. ‘The Ballad Of Faust’ thus is an impressive holistic Masterpiece of Art which endows the Faust theme with an intensively new atmosphere and creative meaning.

Michel Montecrossa about ‘The Ballad Of Faust’:
“The Poetic Song ‘The Ballad Of Faust’ was created for the ‘Faust Festival’ in Munich, Germany. It tells the Faust tale with a special emphasis on the meaning of Faust’s beloved girl for his life. In my ‘Ballad Of Faust’ and the paintings that go together with it her redeeming womanhood is the essential revelation that Faust in vain was looking for in his books. She is the warm heart of oceanic love-delight that liberates the mind and brings to an end his male confusion.”

THE BALLAD OF FAUST
Come gather ’round people, a story I’ll sing / of blood and love and dirt: / Faust is the man who had a girl / that found him in the cold. / She gave him a heart of blood and love / and took him to the place of warmth – / like a mother she sang. A girl she was / from innocence born and to Faust she came.
Faust was initiated by the dark side / of his demon of hypnotizing pride / that gave him the excuse for sexual abuse / and sent his soul into hellish night / where only his girl could save his life / by fucking Styx and becoming Charon’s price. / Like Ygdrasil now she was embedded in his soul / and after coming from there Faust pushed her for more.
But shadow Faust now was embraced by her / and the might of her bright light. / And all was changed by her love / giving Faust the melody of life. / She made him play the guitar free / and danced for him as his girl. / Like a dream she danced. A girl she was / from innocence born and to Faust alone she had come.
Her womanhood was pure, / the rare female aspect, / the ocean side of her, / the oceanic woman, / the anarchic Faust / that was one with his girl. / Like a mother she was. A girl she was / from innocence born and with Faust she had grown into one.
Lyrics & Music: Michel Montecrossa, © Mira Sound Germany