“Is there a reason” she said in disgust,
“to light another cigarette for having good luck?”
Twenty-four-carat-hysteria changed into pure cash
and then disappeared into a ghostly effect:

Probably a negotiation of nuclear deals
instead of a complex marriage securing the western feel.
Short memory of refugees is no problem for steamrollers.
The wisdom of the crowd works in terms of dollars.

I don’t know all the rules – for that I’m too disinterested.
Most of the time I’m staying cool to leave our clients disrupted.
Something like that I said it before when I was drivin’ holes in the wall.
I shake my head before recalling enemies again.

A procession there was of emotions in the setting of the scene.
I couldn’t believe I had fallen for her. It seemed streetwise and rather extreme.
It could be grief, it could be shame, but I’ve done it and that’s the game.
The last thing I expected was to go for a ride in the rain.

Now I obey hunting bans and leave the village poorer.
Now I am kickstarter for medical research.
I’m not wondering why and how boom faded.
I like to get service with an impersonal touch.

By redesigning my post I’m a-getting new loads.
I’m adapting to a world tryin’ to replace the world.
Growth is no longer the way to attract love,
it’s balancing financial independence with the need for love.

I know a sharp data thief in Mexico.
I’m not the one who crippled his nervous system.
I’m only the last chance against an artificial intelligence.
And she has mirror-eyes and a prophetic chewing gum.

“Is there a reason” she said in disgust,
“to light another cigarette for having good luck?”
Twenty-four-carat-hysteria changed into pure cash
and then disappeared into a ghostly effect.

CDs including the song: Cyberhalloween (Twenty-Four-Carat-Hysteria Changed Into Pure Cash) 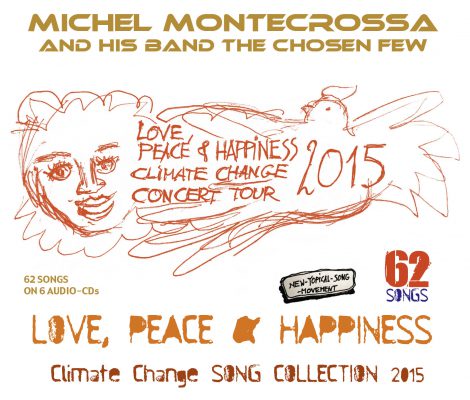 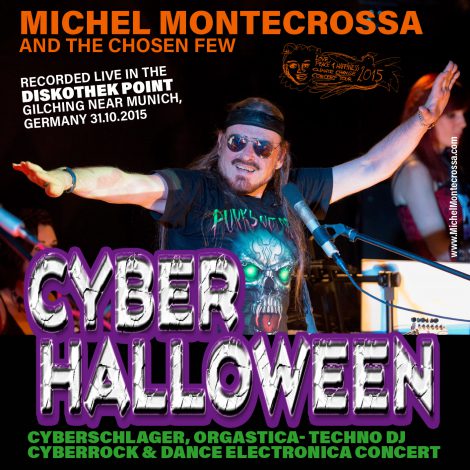 ‘Cyberhalloween’ Concert by Michel Montecrossa and The Chosen Few in the Diskothek ‘Point’ on Audio-CD, DVD and as Download