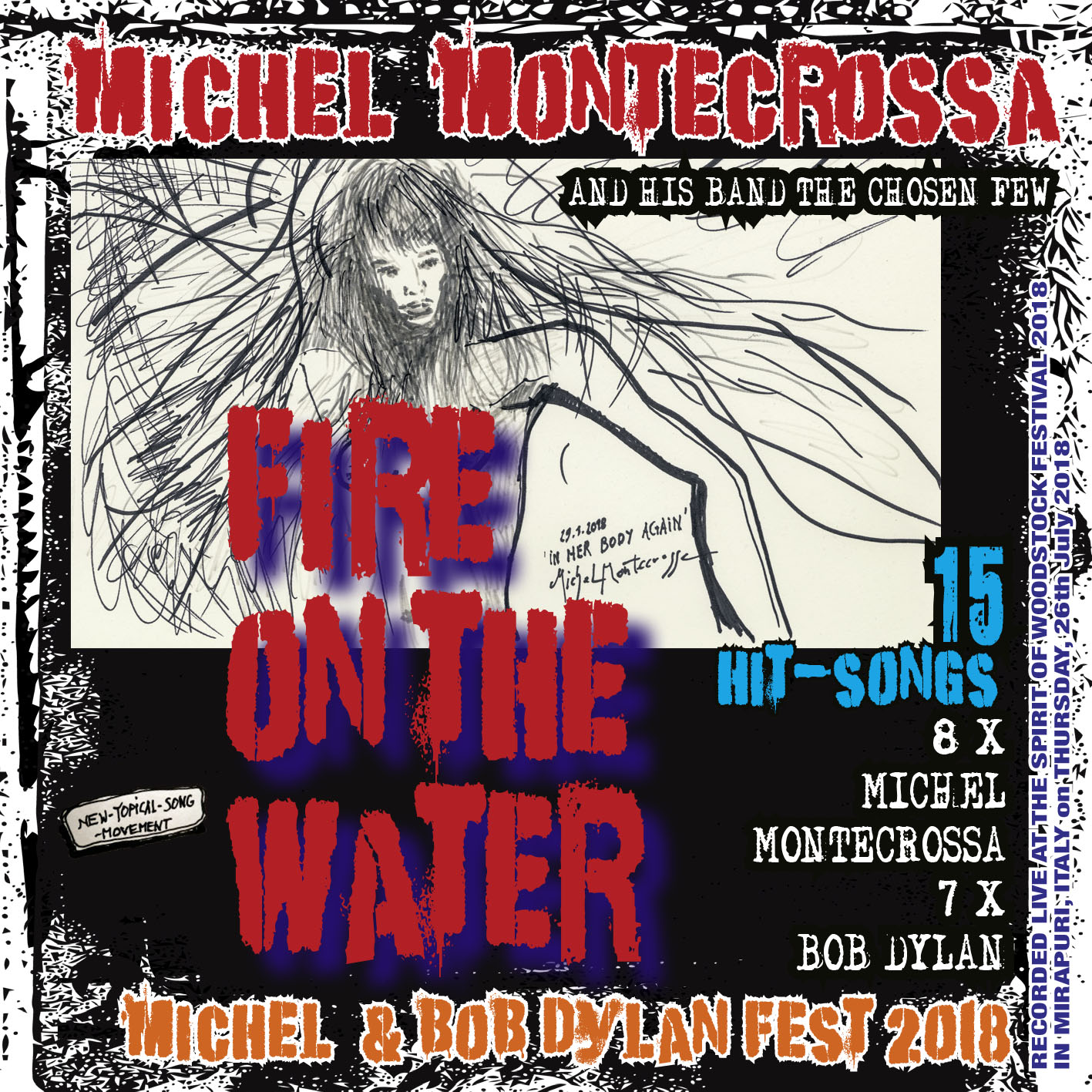 The songs (Click the song title to read the Michel Montecrossa lyrics.
For the Bob Dylan lyrics go to www.BobDylan.com):

Michel Montecrossa says about ‘Fire On The Water’ – his Michel & Bob Dylan Fest 2018 Album:
“I gave the Michel & Bob Dylan Fest 2018 Album the title ‘Fire on The Water’. It presents 15 trax of good music with good lyrics by me and Bob Dylan. They all sing about Love and the vanity of not-loving Love which will turn you into a politician making human relationships into a farce of politics, economy and war and in the end will leave you unhappy. But I know that Love is all and I know how to live it. That’s why I’m not alone and can live the good world of Bright Earth Happiness together with my glorious woman that knows. ‘Fire on The Water’ are 15 songs about that.”