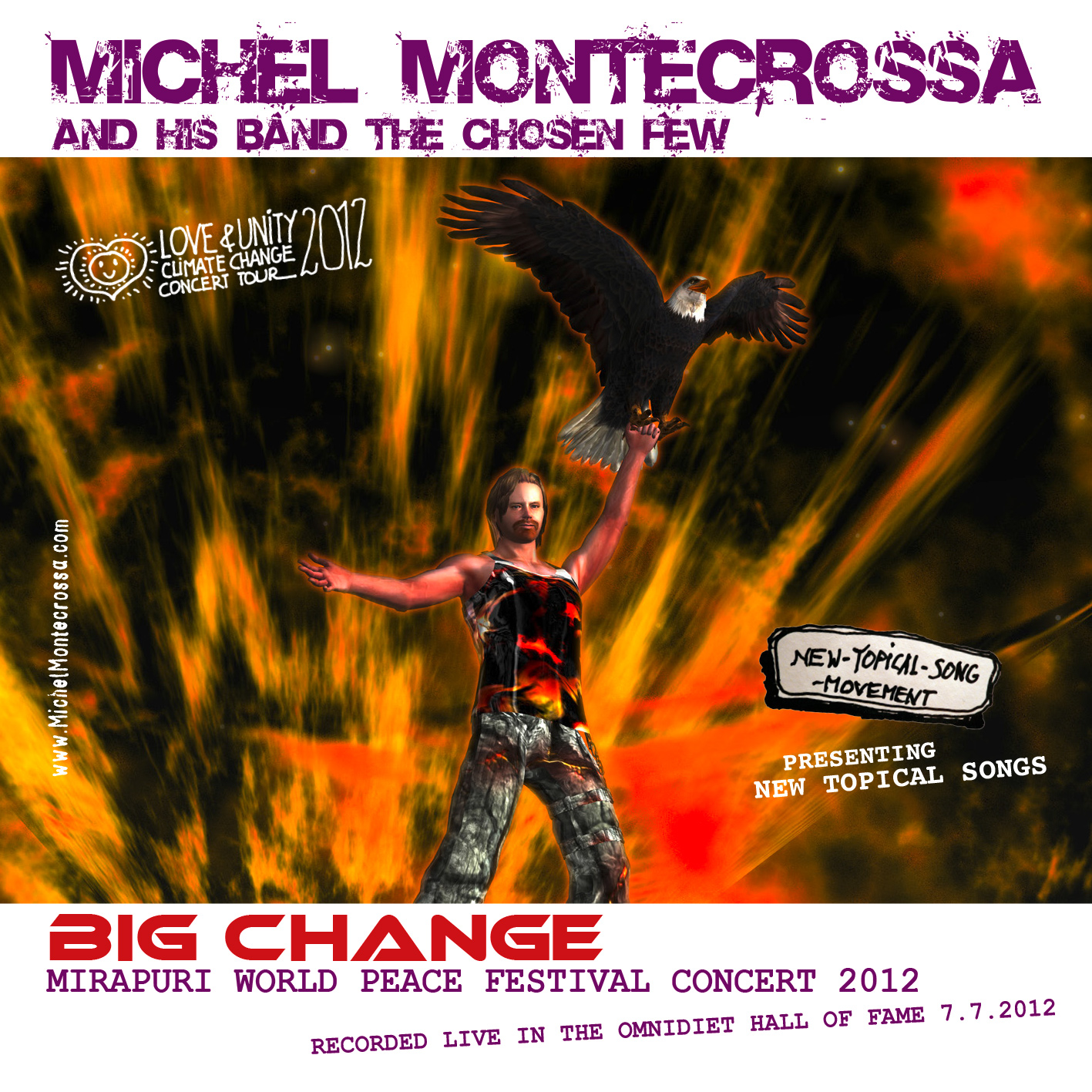 ‘Big Change’ released by Mira Sound Germany as Audio-CD and DVD, is Michel Montecrossa’s Concert for the Mirapuri World Peace Festival, performed in the Omnidiet Hall of Fame on 7th July 2012, presenting 29 New Topical & Cyberrock Songs communicating the intense drive for Big Change of Consciousness as the answer to the big problems in the world. All these problems come from improper or only rudimentary use of the potential of our intelligence. We can solve our problems through proper use and fully evolved potential of our intelligence. To achieve this quantum leap of intelligence a big change of consciousness is needed. Environmental crises and ethical crises every day more force us to take the leap towards the future of a new and higher level of consciousness. But instead of only be forced by nature we can also use our intelligence and progress as free beings through understanding, insight and wisdom.
The ‘Big Change’ World Peace Concert presents a rich stimulation for this evolution of consciousness through its 29 songs which include the title song ‘Talking Big Change!’ and more acoustic New-Topical-Songs like ‘Talking Europe The Strong’, ‘Talking Solution!’, ‘Talking Young Future!’, ‘Talking Bright Earth – There’s No Crisis!’ as well as top hot-spot Cyberrock songs like ‘Change Of Consciousness’, ‘Change The World #2’ and ‘Another World’.
Mirakali and Diana Antara contribute great inspirational songs like ‘Soulpower On Earth’ and ‘World Of Delight’ .

The Songs, Disc One (Click the song title to read the lyrics):

The Songs, Disc Two (Click the song title to read the lyrics):